After having been born in Chicago, Illinois, Gus and his family moved to Harlingen, Texas where his parents raised him and his siblings.  Gus graduated from Harlingen High School in May of 1999 where he excelled in athletics having played varsity football, track, and swimming.

After graduating from high school, Gus enrolled at the University of Texas-Pan American (UTPA) during the fall of 1999.  Wanting to serve our country, Gus enlisted in the United States Marine Corps and began boot camp in San Diego, California in July of 2000.

After graduating from the School of Infantry, Gus moved back home to finish college.  However, after the events of 9-11, Gus and his Marine Unit were deployed to Iraq in August of 2004.  Prior to deploying, Gus was 1 of 25 Marines selected from the entire battalion to attend an Iraqi Familiarization Course where they learned Modern Standard Arabic.

In Iraq when Gus was not conducting his job as an Infantry Fire Team Leader, Gus assisted during the first ever Iraqi Democratic Elections in January of 2005 as a translator.  Because of his role as Platoon Translator, Gus received a Certificate of Commendation.  After serving one tour in Iraq, Gus came back home to Harlingen and graduated from UTPA with honors receiving Bachelor of Arts Degrees in Political Science and Sociology in December of 2005.

Gus was honorably discharged from the Marines as a Sergeant during the fall of 2006 and during that same time he began his professional studies. Gus graduated from South Texas College of Law in May of 2009 and became licensed to practice law in November of 2009.  Wanting to do more for his community, Gus was elected to the Harlingen City Commission in May of 2010 where he represented District No. 1 for about one year and a half.  During that time, Gus was a Cameron County Assistant District Attorney for about two years where he helped protect the rights of Cameron County citizens.  On March 19, 2016 Gus was sworn in as Cameron County Commissioner of Precinct No. 4.  Today, Gus enjoys spending his free time with his wife and three children. 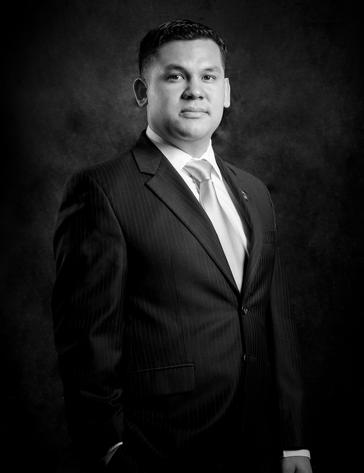 Don't wait another minute. Set up an appointment for a free consultation today.